Guest post by: Adria Nemeroff, in memory of Peter Falkowski

On Sunday, after kayaking on Lake Nockamixon in the morning, I also decided to take to the trails in Jacobsburg Park as the temperature cooled in the evening.  I was on a mission of sorts to actually confirm once and for all which trails of the park Peter and I always looped about in what seemed like a big figure eight through the woods.

I knew it went back and forth on both sides of the Bushkill, and that I always began at the sign into Henry’s Woods.  That was the extent of it.  I was so grateful to remember the way, but never really studied a map or paid any attention to the markings along the trails.

This post may contain affiliate affiliate links for your convenience, see my full disclosurefor more info.

Now it was important to know.  I had posted a memorial hike in honor of Peter for his 49th birthday, and claimed the trails to be Henry’s and Homestead, without really being able to tell on the official Jacobsburg Park map.  In my defense, the women from the local chapter of the Sierra Club have said that the map is not really to scale, and it is often confusing for hikers.  It’s better to just follow the trail markings as you explore after all.

It had been a few weeks since I had last been to the park, because of a heat wave last weekend that left me fearing my face would melt off after just a minute or two outside.  The “real feel” was 110 degrees or more, and it was hot enough to hibernate until it passed, so that’s what I did.  I could sense my mood getting a bit low from all the staying indoors, so at the first opportunity I was glad to be back out there.

I realized as I pulled into the parking lot that I had forgotten my bear spray, but there were plenty of cars, so I figured just this once I would be ok without it.  There would be a lot of people around to scare off unwanted beasts.  There were a lot of dogs on the trail also, two without leashes, but thankfully ALL friendly.  One giant animal was trotting in front of her owners when I passed and when the female owner called “Minnie”, the huge pup turned and stopped immediately to wait for them to catch up.  At least those who broke leash laws had their pets well-trained, and also gave them ironic names.

For the first time I took note of the trail markings and which way I had turned on my familiar walk, thrilled to confirm that the trails I suspected on the map were in fact the ones I always hiked.  I thought that I could make the memorial hike a positive experience for anyone, offering after crossing the Bushkill a second time that those who didn’t want to go up steep inclines could mosey back the way we came.  At yet another place on the trail I could offer that those who did not want to hike the more challenging side of Henry’s Woods that they could take a second option of a wider and less rocky path.

As I hiked the sometimes-treacherous side of the Bushkill, I remembered the last time I was in those woods with Peter.  We had my son with us, and Peter somehow managed to convince my little couch potato to nature walk the entire two-mile loop of Henry’s Woods.  Peter tapped right into his boyish sense of adventure, looking for interesting rocks to collect and finding secret spots to explore.  He had lifted us down into our own private bank at the water’s edge and we enjoyed searching for signs of Spring life in the shallow water.  Peter effortlessly showed himself to be a man who appreciated spending time outdoors, and my son reveled in every minute with him.  It made me realize my son would miss out on great adventures if I didn’t take him myself now.

Peter gave me such a gift by showing me what was possible for us.  I have learned to work at play with my son and pry the electronics out of his hands so we can focus on what is truly important, being present in this world for as long as there is life in our bones.

Peter, thank you so much for setting that example.

About the author: Adria Nemeroff is a CPA currently residing near Allentown, PA. She began the Peter’s Pack series as a tribute to her departed companion and hiking partner Peter John Falkowski, who’s enthusiasm for the scenic outdoors and artistic talents for photographing landscapes inspired her to keep going outside. Peter’s Pack will now roam on adventures both familiar and new in loving memory of him.

Hi there, welcome! I'm Mallory, the voice and mind behind Your Adventure Coach. I love, love, love teaching new hikers everything they need to know to conquer their bucket list hikes. If you're new to the blog, get started here.
Enjoy my hiking and backpacking tips? Feel free to buy me a coffee to help keep the blog up and running. 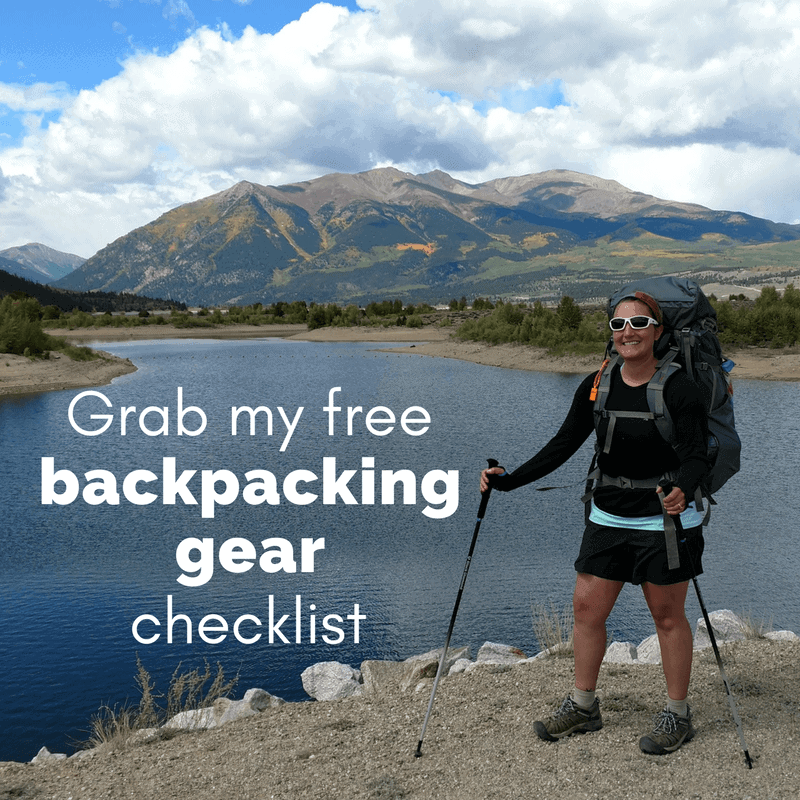 Success! Be sure to check your email.

Get the Backpack Weight Calculator

Are you tired of the aches and pains that come with heavy backpack?

The lighter your pack is, the faster and farther you’ll be able to go. And your body will feel better doing it!

Buy the backpack weight calculator, enter in the weights of your gear items, and see how much weight you can leave behind.

If you enjoyed my hiking and backpacking tips, feel free to buy me a coffee to help keep the blog up and running.